Yay! Another cover reveal! I don’t know about you, but I love seeing all the covers that people come up with for their books, and it’s even more fun when I get to share it with others! Today, I’m participating in the cover reveal for Ashley Bogner’s new book, Reintegration.

A perfect citizen.
A captured rebel.
One decision could destroy them both.

As a Regulator, seventeen-year-old Katherine Holliday’s duty is to protect the people of the Federation from a group of violent rebels who have exiled themselves to the mysterious wilderness. When one of these rebels is captured within the Federation, the government leaders propose an alternative to execution, a procedure they call Reintegration. The procedure involves erasing the rebel’s memory and attempting to make him a member of society. The rebel, a young man named Matthew, is not the violent criminal Katherine expects, and she can’t help but befriend him. A few weeks after Matthew’s Reintegration, Katherine realizes the procedure failed and she is now presented with a choice no one else can help her make. Can she warn her superiors that Reintegration failed, which could mean death for Matthew? Or will she defy everything she knows to help him escape—and risk her own execution? 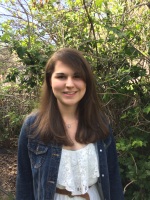 When Ashley Bogner was in third grade, she decided she would be a published author when she grew up. Ashley is a homeschool graduate and has lived in seven different states. She completed a year of Bible college and in the fall will begin pursuing a degree in Communication Studies. After college, her plan is to work in the Christian publishing industry. When not writing, she can be found baking, posting book reviews on her blog, and watching her favorite movies over and over to the point of memorization.

Lena is a homeschool graduate from the hills of New England with a passion for dance and writing. She writes speculative fiction novels as a way to release the worlds and adventures that stir in her heart and mind. She is hoping to publish her debut fantasy novel in 2020.