I had the privilege of helping out with the cover reveal for Claire Banschbach’s newest book, Adela’s Curse, last month, and here I am again, with an interview with Claire, celebrating its release. There’s also an awesome giveaway, so stay tuned! (You can find the complete blog tour schedule here.)

Tell us a little about yourself.

I’m a twenty-three year old graduate student, currently working on a degree in physical therapy. I’m a native west Texan and a former homeschool graduate. I love to read and write and watch superhero shows in my spare time.

What is your favorite genre to read? To write?

I love reading fantasy, but I also really enjoy historical fiction particularly that set in the Medieval era. I love to write fantasy!

When did you start writing? What inspired you to write your first book?

I started my first book when I was about seventeen years old. I’d had the story in my head for years and finally decided to try and write it! The story itself was inspired by a deep and abiding love of Narnia and LOTR.

How did you come up with the titles for your books?

My first two books (The Rise of Aredor and The Wildcat of Braeton) were pretty easy to name. RoA is named after what basically happens in the book, and WoB is named after the main character. Adela’s Curse was a bit harder. It was originally just titled A Faery Tale, and I went back and forth on a few different variations before I settled on the current title. Recently though, I’ve had the hardest time coming up with titles! ​

Who is your favorite author? Favorite book?

Brian Jaques is one of my favorite authors of all time. Favorite book is called Shadow Hawk by Andre Norton. It’s an adventure book set in Ancient Egypt. I read it probably once a year.

Looks fascinating! Which author would you most like to meet in person (living or dead)?

G.K. Chesterton. I’d probably clam up and be really shy at first, but hopefully I’d work up the courage to ask a few questions. J Or any of the cool author friends I’ve connected with online.

What are you currently reading?

Speaking of cool author friends, I’m reading Vastian Lore by Steph Gregory. I’ve gotten the chance to work with her on a collaborative website and she’s also helping out with this blog tour!

What is your current WIP?

I have two right now! One is the second in the Faeries of Myrnius series, and I’m having a lot of fun with it. Plot – a prince gets turned into a wolf and he and his brother have to figure out how to change him back. The second is currently titled The Mountain Baron. Basic Plot – a disgraced member of a highland clan is called home to rescue his brother who has been captured by a usurping lord.

Soundtracks are the best! Is there a little known fact about you or your books that you’d like to share with us?

It’s kind of random, but all my books have horses in them! Even if it is just a passing reference. J

Thank you for having me, Lena!

Thanks for joining me!! This was a lot of fun!

Now go check out the rest of the tour, and support Claire! You can read more about her and her newest book, and checkout the giveaway below!!

Giveaway!
3 winners! Prizes include 2 copies of Adela’s Curse, and a paperback version of The Rise of Aredor to celebrate its 2 year anniversary on March 11! Open to international entries.

About the Author:
Claire Banschbach was born and raised in Midland, TX, the fourth of eight children. She was homeschooled through high school and is now a proud member of the Texas A&M University class of 2014. She is currently working on her Doctorate of Physical Therapy at Texas Tech University Health Science Center. She continues to write in her spare time (and often when she doesn’t have spare time). She hopes her strong foundation in God will help to guide her writing. 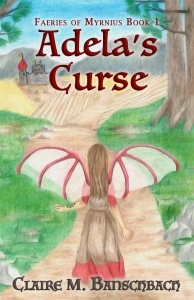 About the Book:
A curse. A murderous scheme. A choice.
A witch and her master capture a young faery and command her to kill their enemy. Adela has no choice but to obey. If she does not, they will force the location of her people’s mountain home from her and kill her. To make matters even worse, the person she is to kill is only a man struggling to save his dying land and mend a broken heart.
Count Stefan is a man simply trying to forget the woman he loves and save a land crippled by drought. When a mysterious woman arrives at his castle claiming to be a seamstress, he knows she is more than she seems.
Adela enlists the help of Damian, another faery, to try and delay the inevitable. He insists she has a choice. But with the witch controlling her every move, does she?

Lena is a homeschool graduate from the hills of New England with a passion for dance and writing. She writes speculative fiction novels as a way to release the worlds and adventures that stir in her heart and mind. She is hoping to publish her debut fantasy novel in the next few years. View all posts by Lena Karynn Tesla

Lena is a homeschool graduate from the hills of New England with a passion for dance and writing. She writes speculative fiction novels as a way to release the worlds and adventures that stir in her heart and mind. She is hoping to publish her debut fantasy novel in the next few years. 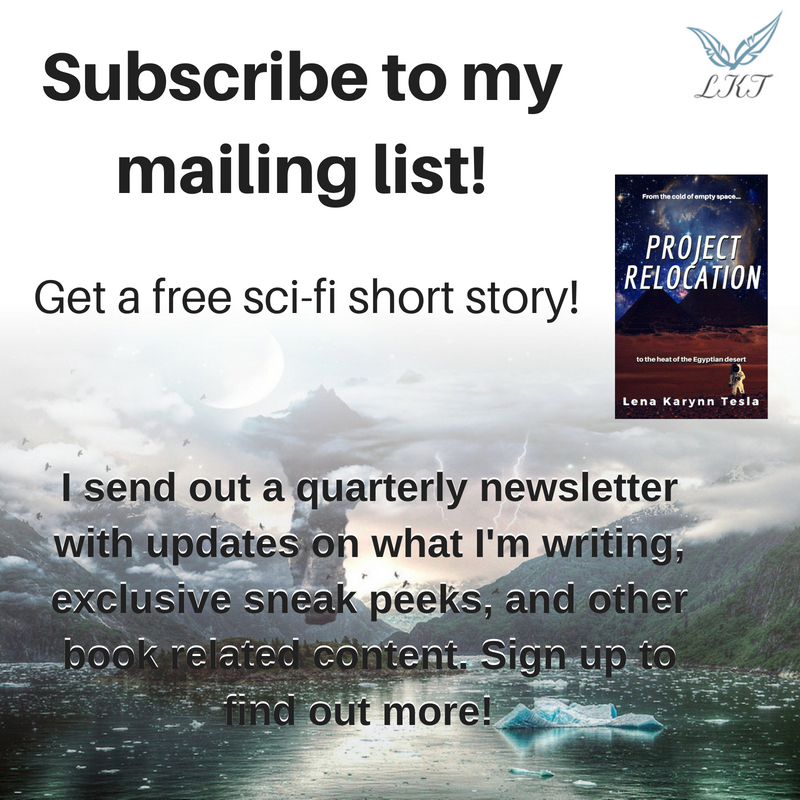 My Tweets
Grab my blog button: 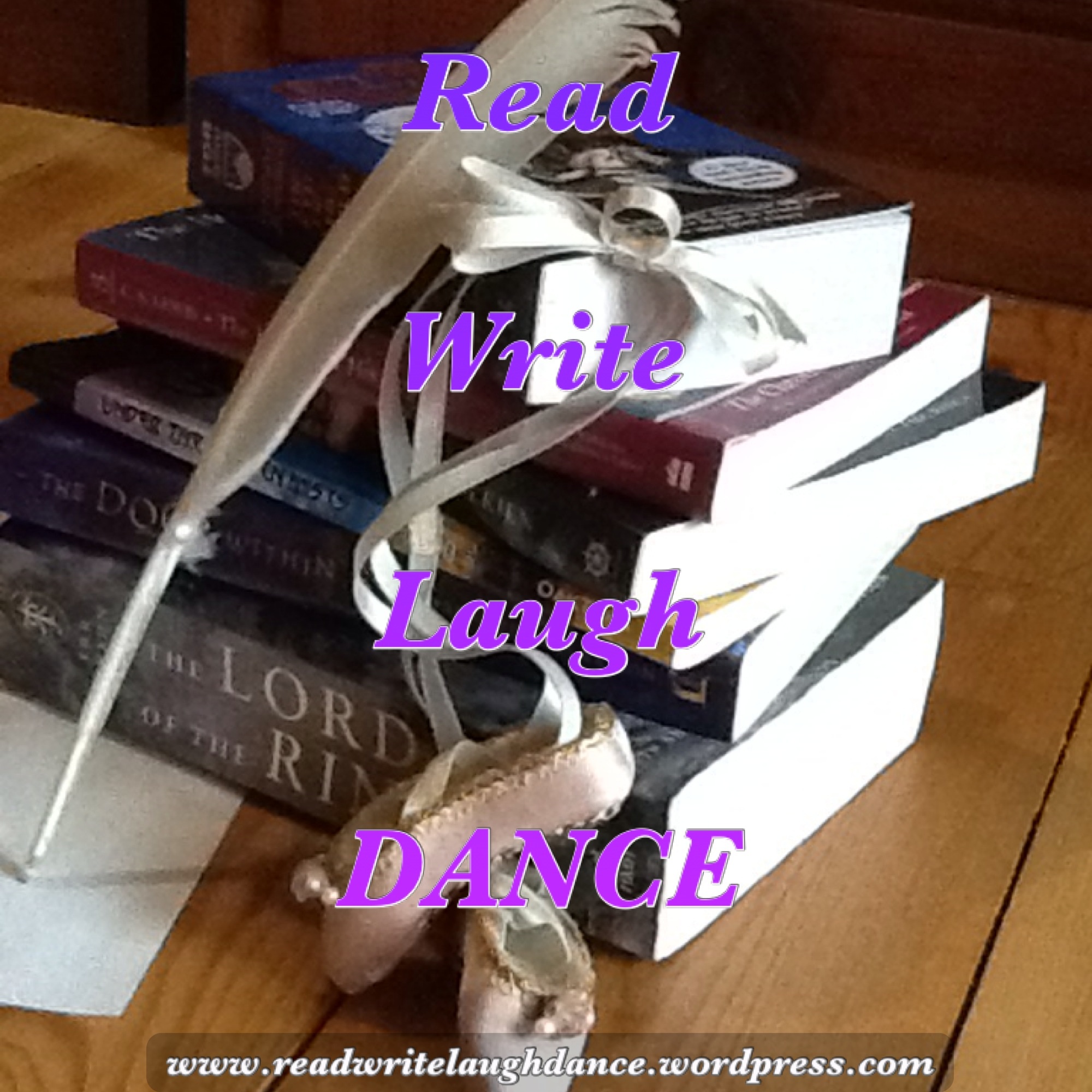